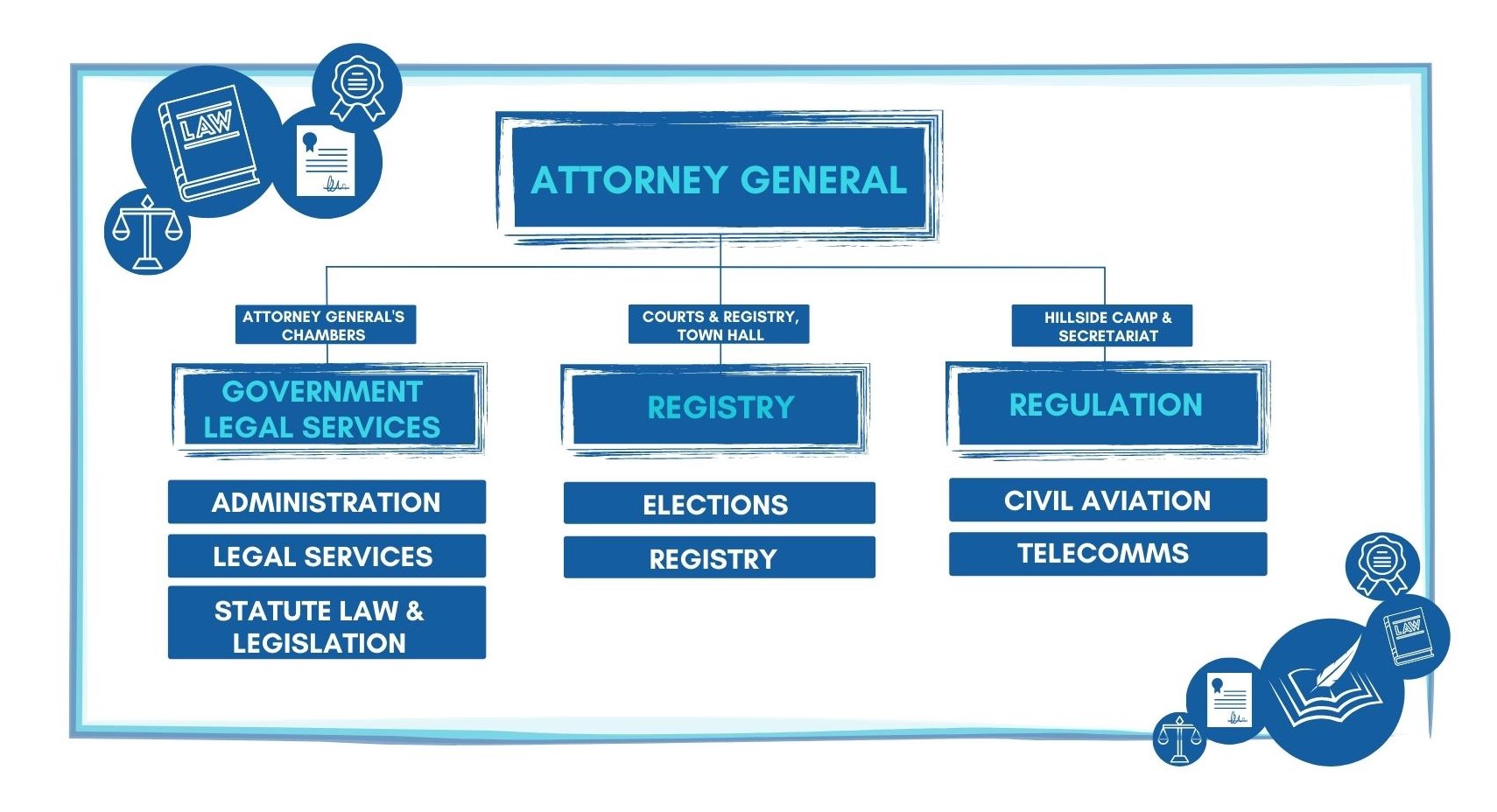 Of these four service areas:-

Government Legal Services:(GLS) Directs and conducts public prosecutions and acts for the Government in all legal proceedings and transactions. GLS also supports the development and delivery of Government initiatives. The service is also supported by an administrative team. As well as providing transactional and general administrative support to lawyers and regulators, the team also arrange notarial services as required.

The Communications Regulator oversees the relationship between Government (acting on behalf of the community at large) and Sure, and has the responsibility for licensing and regulating telecommunications and broadcasting in the Falklands, as set out in the Communications Ordinance 2017 and Sure's licence.

The Registrar General is based at the Town Hall and deals with the registration of births, marriages and deaths, companies and charities, property transactions and patents. In addition,the Registry provides a vital service in supporting elections – maintaining the electoral roll and running elections and referenda. As such it is key to the operation of the democratic system and to maintaining national and international confidence in electoral practices in the Falkland Islands.