The Department of Agriculture is continuously providing and expanding the services offered to farmers through the Farm Mapping project, which can be a useful tool in farm and land management.

The DoA holds external farm boundary data and using a GPS to mark internal fence lines and other farm features which can then be displayed on a map and then used in other mapping calculations and features.

Other information such as corrals, leads, water sources, ditches and areas of interest can be recorded on a GPS unit and used in farm maps.

Using this, the DoA can provide farmers with accurate fence-line data and paddock sizes which is a key tool for assisting in grazing management systems. Farmers can use the information to plan and budget for new fencing and pasture and cropping works.

GPS units, outline farm maps and a tutorial on the process are available from the DoA and staff are continuously developing the mapping services available.

1. External farm boundary data collected by the Public Works Department Design Office, with an accuracy of one metre or less
2. Internal fence line data collected by farmers using handheld GPS units, which have a maximum accuracy of four metres
3. A vegetation classification layer with data supplied by two Landsat 7 Images (captured between January 2001 and March 2002), processed at Queens University Belfast after ground truthing was used to identify vegetation types. The Falkland Islands vegetation was divided into nine broad vegetation classes. Vegetation classes are based on a number of sample areas and this data was extrapolated to give Island-wide vegetation analysis. The images, one of East Falkland and one of West Falkland, have a fifteen metre pixel resolution
4. The fourth layer consists of scanned images, digitally referenced, of the twenty nine Ordinance Survey maps at 1:50,000 scale.

As part of the development of the farm mapping service, the DoA has been working closely with the South Atlantic Environmental Research Institute (SAERI) who have employed a GIS Specialist and the DoA are now pleased to also be offering maps which feature Google Earth™ imagery.

The DoA and SAERI are also working with Queens University Belfast using soil sampled analysed by the DoA to produce some of the first detail soil mapping data of the Falkland Islands. 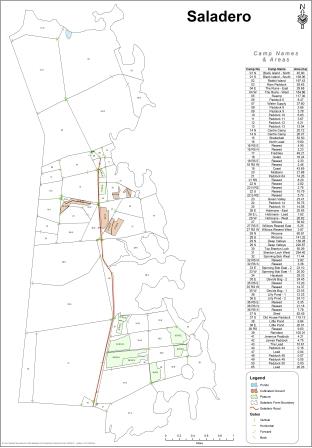 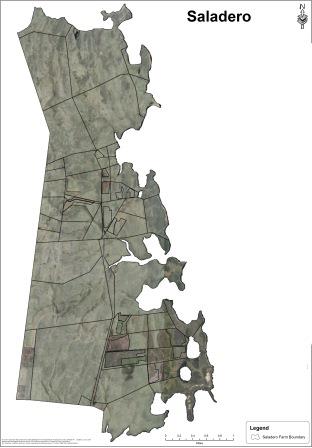 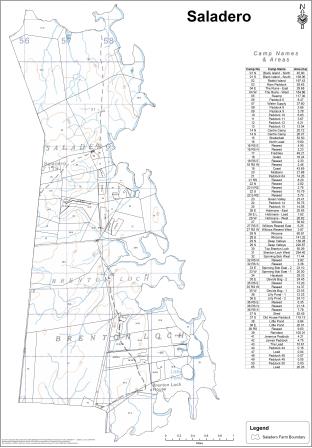 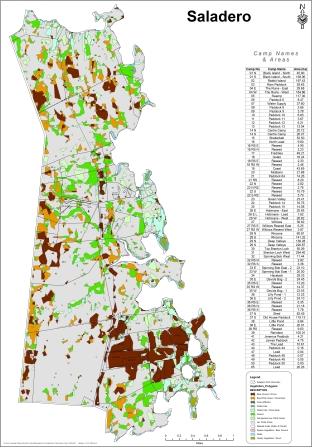