Saladero is comprised of a total of 2,023 hectares and is currently running the National Stud Flock and the National Beef Herd, under the Jim Gerrish managed intensive grazing 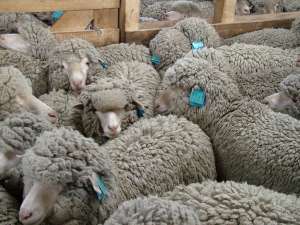 Following several workshops with grazing management consultant Jim Gerrish, the Department has been fine tuning its rotational grazing system to maximise pasture growth and subsequent livestock productivity. Paddock records are kept so management can be reviewed and changed as required. Water has been an issue for some paddocks at Saladero, this has been addressed by identifying water holding areas and then excavating holes which fill up in winter.

Saladero has been utilised in recent years by a visiting PhD student investigating the effectiveness of legumes in fixing nitrogen in Falkland Island soils, initial findings are encouraging. A grass/legume trial has been in place for over 10 years which allows us to monitor the long term persistence of these species.

Saladero is undergoing a number of changes to make it more effective as a research and development and demonstration farm as well as being the home of the National Stud Flock (NSF) and the National Beef Herd (NBH). The DoA holds an annual ram sale in March, animals usually for sale are shearling rams and ex elite mature rams. Saladero also offers lease bulls on a yearly basis.

Recently a new parameter of faecal egg counting has been introduced to select NSF Polwarth rams that are resistant to internal parasites (worms). This caracteristic will be of great value to the organic farmers.

The NBH has been relocated back to Saladero to make it more readily accessible for farmers to visit and so that birth weights and other performance data can be more readily collected. For more information on the National Beef Herd, please visit the NBH page.

If you are interested in visiting Saladero please contact the Saladero Farm Manager, on 27357 to make an appointment.

Sheep production in the Falkland Islands is based on a self replacing flock producing meat and wool. In the past the key focus was 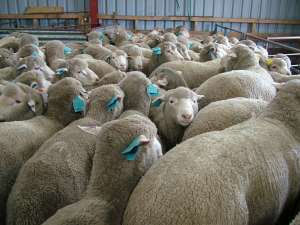 on wool production with meat (mutton) being a secondary product sourced from older animals.

A number of sheep breeds have been used over the Islands' 150 year plus farming history. For much of this time, the Corriedale was the breed that was considered the best fit for the climate and extensive grazing system of the Falkland Islands. First developed in New Zealand, the Corriedale is a Merino crossed with a Lincoln.

They are considered to be hardy, adapted to a wide range of conditions and slightly more fertile than the purebred Merinos. Essentially they are dual purpose producing strong wool (25 – 32 microns) and mutton. Ewes can be used as prime lamb mothers.

Over the past two decades and in line with global trends, the profitability of enterprises producing strong wool and mutton has been in decline. In response to these changing global economic conditions, the Falkland Islands Government embarked on a genetic improvement programme beginning in the early 1990's and continuing today. The programmes aim was to reduce the fibre diameter of the flock while maintaining fleece weight and bodyweight amongst other selection criteria.

The process used in the early stages of this programme was the importation of several hundred live Polwarth stud sheep, which formed the nucleus of the National Stud Flock (NSF). The NSF remains today and is a pedigree and performance recorded flock. The main selection criteria for animals is based on the key production traits of fibre diameter, fleece weight, bodyweight and fertility. This objective selection is combined with key visual assessments of structure, wool quality (style), face cover and pigmented fibres. A new production trait relating to internal parasite resistance was included in 2008. 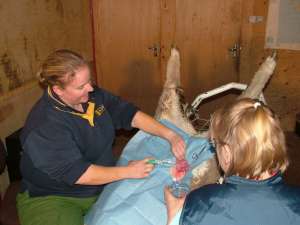 The process used in the latter stages of this programme has been to expand the breed base by introducing new breeds. This has included breeds such as Dohne Merino, South African Meat Merino (SAMM), Afrino, fine and medium wool Merinos, Cormos (comeback), Pool Dorset, Texel and Suffolk. The latest reproductive technologies of fresh and frozen embryo transfer (ET) along with laproscopic (AI) and cervical (CAI) artificial insemination have been used to propagate the breeds as quickly as possible and build sufficient critical mass for the Falkland Islands to be self sufficient. This has been done in response to changes within the domestic meat industry and the continued global trend towards finer fibre diameter. All animals used in the latter stage have been selected on their performance data (estimated breeding values when available) with a selection of the dual purpose breeds being monitored to measure their performance and adaptation to the Falkland Islands farming environment. The aim is to integrate the purebreds into the national flock to aid its future development by continuing its dual purpose production focus and provide the capability to produce lamb as well as mutton.

Improved quality and utilisation of feed at critical key periods has the potential to dramatically: 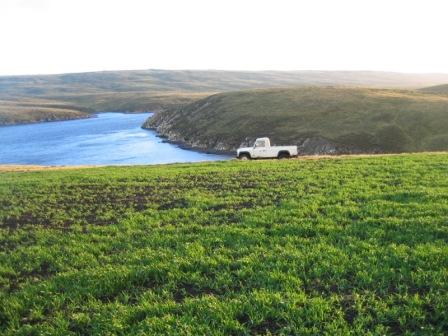 The Farm Improvement Programme (FIP) scheme (previously known as the Pasture Improvement Programme) commenced in 1998/99, as a  Falkland Islands Government grant for fertiliser (calcified seaweed and rock phosphate), seed, machinery use, fuel and fencing, with the aim of improving pastures on farm across the Islands.

The scheme focussed on establishing per farm:

Crops at Blue BeachThe 10 year programme reached its halfway mark in June 2003 and spending in the first 5 years totalled £1,338,000. Out of this, a large proportion was invested into the pool machinery and fertilisers. Over half (49) of farms in the Falkland Islands worked on some form of pasture improvement during this period and a total of 1730 ha was developed to improved pasture or forage crop

Following discussions between farmers and the Department of Agriculture (DoA), the following points were noted:

Crops at Race PointSince the review, a planning process was established.  In subsequent years each farm plan is submitted, detailing how it intends to utilise the funding. The plans are then reviewed by members of the DoA and a decision on approval granted.

The scheme was broadened to include:

In addition to the FIP conditions of operation (as outlined), farmers are also advised to carefully consider the FIP priorities when formulating their plans as follows:

It is clear that improved reproductive performance, reduced death rates, improved growth rates and liveweight combined with a slight adjustment to stock type on many farms, offers the Falkland Islands as a whole the greatest scope to improve profitability of farming. Because of this, FIP plans should focus on works that offer the prospect of gains in these critical areas.

Whilst the DoA is focussed on the above priorities, there are several potential projects that farms can pursue that do not fit directly into these 4 categories. The majority of these projects will be approved on an individual farm basis as they are often related to the categories above. These are as follows;

The Farmers Association, in conjunction with the Department of Agriculture (DoA), introduced a quality assurance scheme for the

wool industry. The aim of the voluntary scheme, Quality Falkland Wool (QFW), is to improve the quality of preparation of the national clip through the introduction of specific requirements for infrastructure in woolsheds, standards for preparation and packaging of the wool clip. The DoA acts as an independent body used for accreditation and inspection of the scheme and also provides advice and support to stencil holders.

Since its inception, the scheme has attracted strong support and the number of accredited sheds has reached 35, with more enquiries on joining being received.

Following very well attended wool classing workshops,it was decided that for those growers who are in the QFW scheme and had attended and successfully completed the course, a new stencil would be available to be applied to all bales of wool produced on that property.

It was decided, with approval of the Agricultural Advisory Committee, that QFW farms would self-audit before the shearing season commenced and DoA staff would visit where applicable. All farms that self-audit and return their completed forms to the DoA are issued a certificate to display in their shearing sheds. This indicates that the grower and farm fully comply with the guidelines set down in the QFW standards.

With growing pressure worldwide to improve and project wool as a more versatile and competitive product, the importance of wool preparation and correct handling is constantly growing. Therefore, bales without a quality assurance stencil do not give buyers the confidence that the wool is prepared to any set standards, whereas Falkland Island bales bearing the QFW logo give buyers confidence that the wool is prepared to a consistently high and uniform level.

The QFW is currently under review. If you would like to know more about QFW or are intrested in joining please contact the DoA. 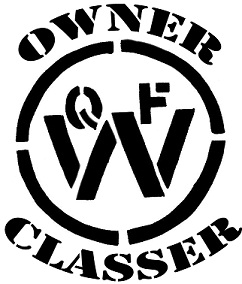