The Veterinary Service section of the Department of Agriculture provides a wide range of services to the agricultural and urban community, as well as to the fishing industry. It has an advisory role for animal production and regulatory role by acting as the competent authority for the export of meat and fish into the European Union and other countries. It also provides a comprehensive clinical service to the farming and pet owning public as no private clinical practice is currently available in the Falkland Islands. The VS is staffed by a Senior Veterinary Officer, two Veterinary Officers, a Practice Manager, a Veterinary Nurse and a Veterinary Receptionist.

The treatment of sick and injured animals and routine health care and surgery forms a major part of the veterinary workload. This is the area that brings the Veterinary Service in almost daily contact with members of the public, especially those based in Stanley.  The Veterinary Officers provide an out of hours emergancy clinical service. 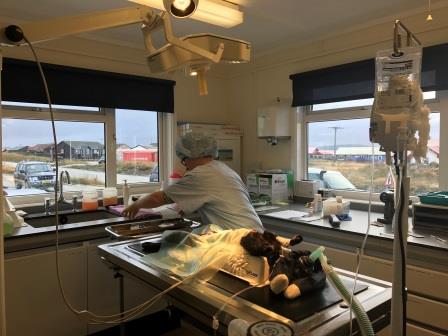 The only OIE (World Organisation for Animal Health) listed diseases known to exist in the Falkland Islands are Hydatidosis/Echinococcosis and Avian Chlamydiosis.

Bovine Brucellosis and Brucella ovis (B. Ovis) infection in sheep have been present in the Falkland Islands in the past but are now thought to have been eradicated.

Continual disease surveillance is a very important role of the Veterinary Service staff to demonstrate continued freedom of some diseases, control of others that do exist and the supervision of national animal population for any new or exotic disease.

We have a national cattle identification and tracing system in place which will aid with disease control in the event of an outbreak.

The hydatid eradication campaign has been running for almost thirty years and has been very successful. The campaign comprises:

Animal welfare has become an increasingly important issue in world farming and the Falkland Islands needs to be aware of this and address those welfare issues that give cause for concern in the type of farming systems practised in these Islands. There are animal welfare codes (avaialble to download below) for sheep, dogs, horses, cattle and pigs as well as a code for the transport of animals. This has become increasingly important now that animals are shipped and driven quite long distances for delivery to the export approved abattoir at Sand Bay. 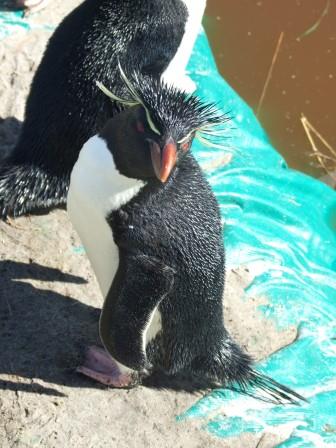 The Veterinary Service is closely involved in the annual Artificial Insemination (AI) and Embryo Transfer (ET) programmes to provide support to the reproduction specialists who come each year.

The Veterinary Service is frequently asked by other Government departments and Conservation to advise on a wide range of issues. Staff also work with Falklands Conservation to treat and rehabilitate injured wildlife.

The export of meat and fish requires the Falkland Islands to have a designated competent authority, the officers of which are known as Official Veterinarians. The competent authority has been delegated to the Veterinary Service section of the Department of Agriculture. This means that one of the primary tasks of the veterinary service is to attest to the public health, animal health and the welfare under which animals and fish are farmed, caught and processed. 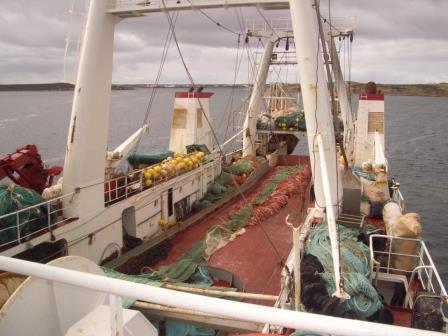 The Sand Bay Abattoir has been in full production since 2003. Because it is licensed to export meat to the EU it has to operate under conditions laid down in EC regulations. One of the conditions is that there is full time veterinary supervision of the plant during all killing for export. This has necessitated the part-time employment of an Official Veterinary Surgeon assisted in their duties by a Meat Hygiene Inspector, also contracted from overseas.

Inspection of fishing vessels occupies a major part of the veterinary services' time at certain periods of the year. The Fishery Products (Hygiene) Ordinance 1998 was passed in March 1998 and this and the subsequent amendments enact relevant EU regulations and directives in the Falkland Islands. It is the responsibility of the CA to ensure that the conditions laid down in these EU laws are met.

There are two aspects to the role of competent authority. The first is annual licensing inspection of Falkland Islands registered factory vessels and on-shore establishments to ensure compliance with EU regulations. Upon compliance, an approval number is issued which is valid for one year. As of the 30th May 2020 there are 17 Falkland Islands registered vessels approved and licensed and two on-shore establishments approved.